Are any of my readers in ministry? How about children’s ministry? Last year I experienced some ‘learning opportunities’. Today I’m writing about them for a couple reasons. One: because I need to write things down in order to understand them. Two: I REALLY want to hear from others who have had their own ‘change is hard’ experience in ministry. I want to know what you did right, what you could have done better, and what you have learned. 2014 marked my 10th summer heading up VBS efforts at our church.

This year, we did something new. We started ‘Kids Clubs’. That’s our ministry of taking Vacation Bible School into the streets of our community. It was a brand spanking new ministry. Not that we invented it, but the concept was new to our church and our area. Over the past 10 years, VBS attendance has nearly doubled from 200 to nearly 400. So, why would I decide to upend the cart? Why would I take what looks like a good ministry, a well funded, well attended ministry, and shake it up like this? VBS is SO much fun! Tons of volunteers get involved in the fun and chaos of the week. We’d share stories from the Bible, eat snacks, play games, sing catchy music, laugh at hilarious skits during Worship Rally, and just BE together as a church. It is so entertaining. Fun. Entertainment. Is that really the Great Commission? And, was Kids Club better? Can I quantify that after one summer? It was definitely different. Here are some of the ways:

Do you ever have a big fat BUT right in the middle of your celebration?

I’m heartbroken about the missed opportunities for both kids and volunteers. I confess, I’m scared 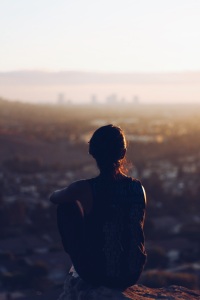 to speculate as to the reasons. I have prayed, cried, lost sleep, and all sorts of other physical manifestations of agonizing over this.

I know that every negative statement I hear shouldn’t be automatically disregarded. I have need to listen to my critics because they can be a big motivator. The nay-sayers keep me humble, teach me to pray, and sometimes I AM JUST WRONG (even if the motivation for their remarks is wrong). How do I decide which criticisms to hang on to and which ones to let go?
And to repeat my plea from the beginning: I want to hear from others who have experienced growing pains.

One thought on “Growing Pains: When Change Comes to Ministry”